Cincinnati’s Union Station is a monumental 1933 building that is considered to be the largest Art Deco building in the United States. The once-elegant and busy train station contains an array of unique and sophisticated decorative features that reference the prevailing industries of Southern Ohio in the early 1930s, including monumental glass mosaics by German-American artist Winold Reiss; painted murals and linoleum wall coverings by Pierre Bourdelle; cork wall coverings in the director’s room; Flexwood paneling in the Women’s restroom; glazed terracotta walls and columns along bus ramps; and Rookwood tile decoration in the station’s ice cream parlor.

Repurposed as a museum complex in the late 20th century, the building was once again slated for retrofit in 2016. RLA was hired by the project preservation architect John G. Waite and Associates to assess all of the interior artistic and decorative architectural elements and come up with comprehensive plans for their conservation. The onsite examination was performed by a team of RLA conservators over five days. Photographic and written documentation was provided for each element and detailed steps for cleaning, repair, stabilization of loose tiles on the mosaic murals, testing coatings, removal of extensive layers of nicotine from the surface of the linoleum panels were devised. A time frame for treatment and a budget for implementation were provided as well to allow the architect to bid the job competitively. Once the contract was awarded, RLA was hired to review the restoration contractor’s performance on behalf of the preservation architect and vet proposed modifications that deviated from specifications. 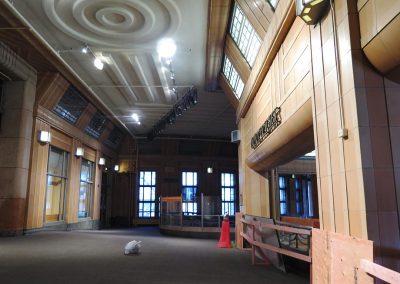 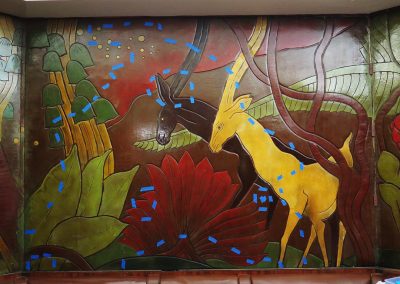 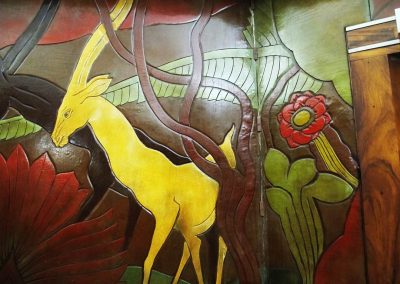 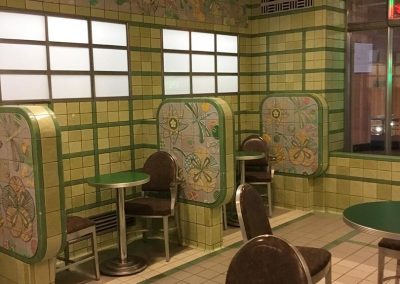 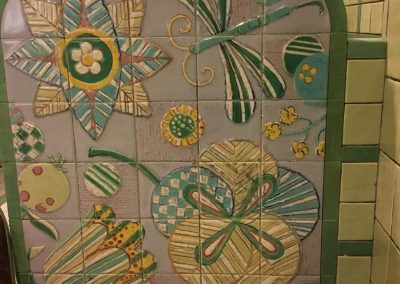