This ceiling-mounted Amsterdam school clock is a painted wrought and fabricated iron object made to be seen from both sides. Though structurally stable, the clock exhibited surface condition issues including bent hands, flaking paint, and surface losses. The artwork was conserved in preparation for an exhibit of Dutch design and the surface luster was obscured by years of accumulated dirt. RLA cleaned the work, repaired the arms, stabilized flaking paint, and passivated corrosion to the metal. A decision was made not to allow losses to remain without inpainting except in select areas. The mechanical object conservation was entirely successful and allowed the museum to include this beloved and rare artifact in an exhibit of Dutch decorative arts. 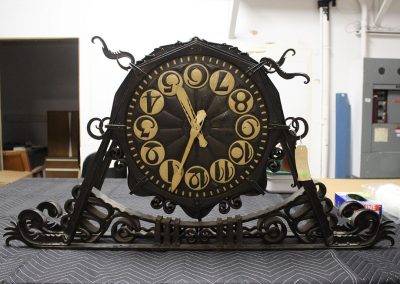 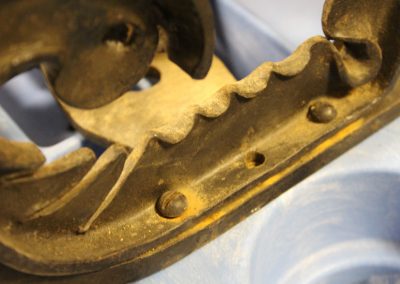 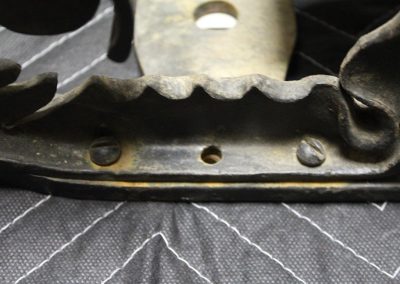