Located in Downtown Honolulu, the Hawaii State Capitol was designed by architects Belt, Lemon and Lo (Architects Hawaii Ltd.), and John Warnecke and Associates in 1969. Unlike most U.S. state capitols, it is a modern building with decorative features symbolizing the nature of Islands. Monumental bronze replicas of the Hawaii State Seal were designed at the time of the building’s construction to hang 30’ above the building’s entry portals. Each medallion measures 15’ in diameter and weighs 7,000 lbs. The medallions are each set into frames that are suspended from two 5/8” diameter steel chains apiece. There are an additional 2 steel chains at the bottom of each medallion.

In 2008, the State’s Department of General Services determined that there was structural damage to the chains requiring immediate repair. A General Contractor was hired to remove the medallions and perform structural repairs to the chains. RLA was contracted to clean, conserve, partially repatinate, examine, and coat the bronze medallions while they were off of the building. Fortunately, the monumental medallions were structurally sound. Patina damage due to their being in a tropical and marine environment was addressed. We also performed extensive tests to determine the best coating to use. RLA oversaw the dismantling, movement and reinstallation as well. 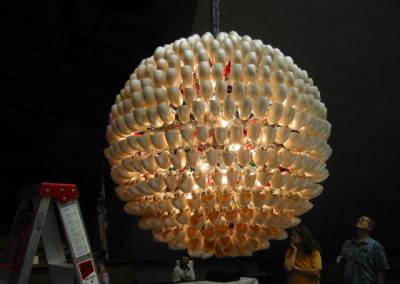 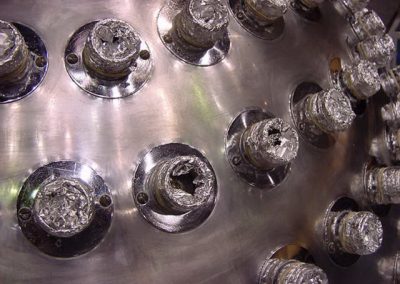 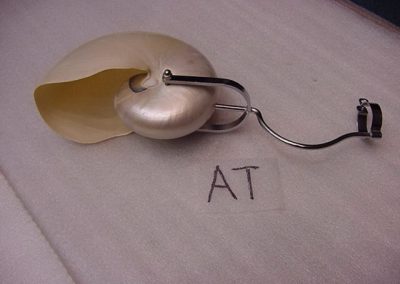 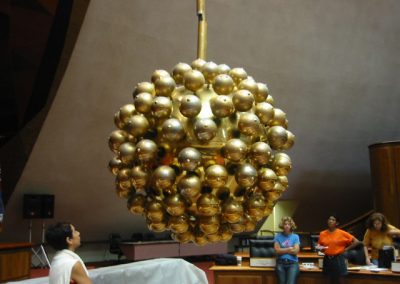 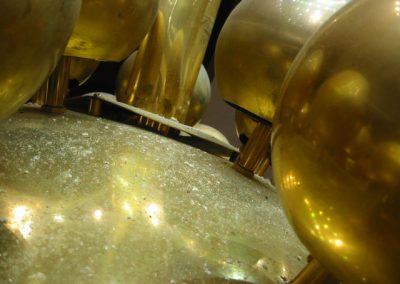