Warning: Invalid argument supplied for foreach() in /home/customer/www/rlaconservation.com/public_html/wp-content/plugins/divi-builder/includes/builder/feature/icon-manager/ExtendedFontIcons.php on line 383

The Miami Marine Stadium was the nation’s first purpose-built grandstand for speedboat racing and Miami’s most important performance venue. Shuttered in 1992 after Hurricane Andrew, the structure became a prominent graffiti and skateboard venue. A plan to restore the building was put forth by Friends of Miami Marine Stadium in 2008. Since then the building has received extensive international attention from preservation organizations. RLA has been the conservation firm associated with the efforts. We served as the lead firm for a Getty Foundation Keeping it Modern grant to research the methodologies for removing graffiti, cleaning concrete, and making repairs to the poured-in-place concrete. This work has been presented extensively at professional conferences. The City then contracted an architectural firm that hired us to develop additional methods and create the construction documents for the building’s cleaning, repair, and surface protection. We are expected to continue in our role as the project conservators and will be supervising and helping implement the cleaning and repair of the concrete.

RLA principal Rosa Lowinger also curated an exhibit on the history of the building titled Concrete Paradise: Miami Marine Stadium. Our firm is presently documenting the stadium’s graffiti for the purpose of producing a book and documentary on the building. 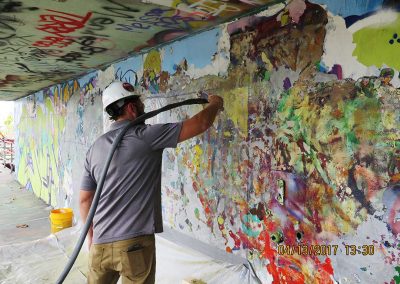 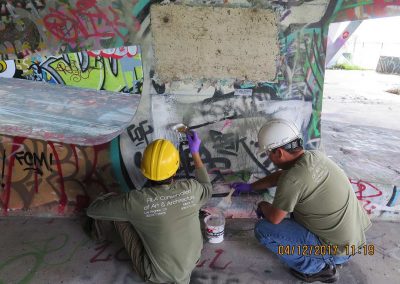 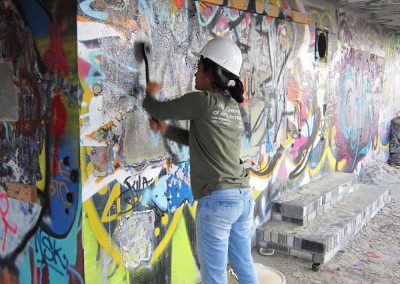 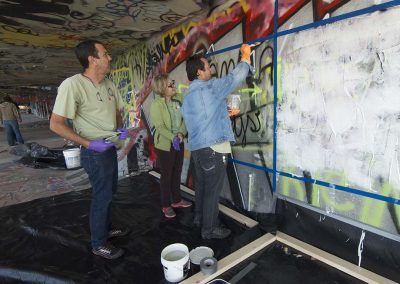 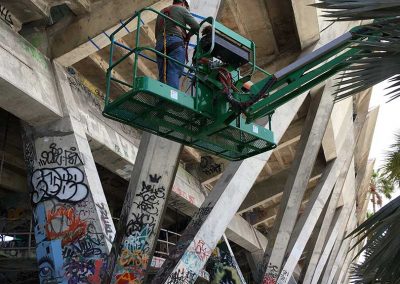 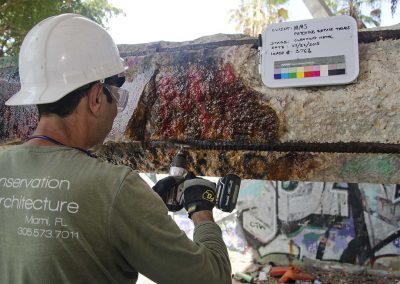 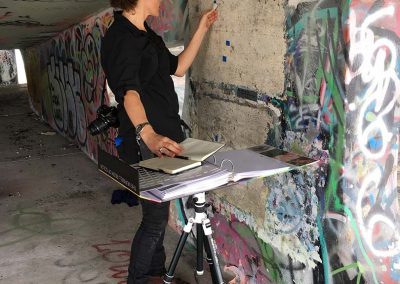 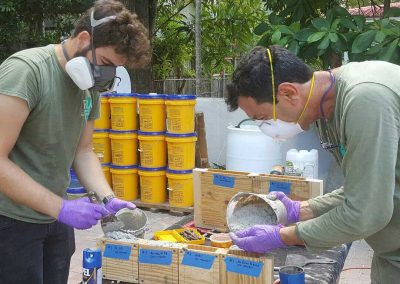