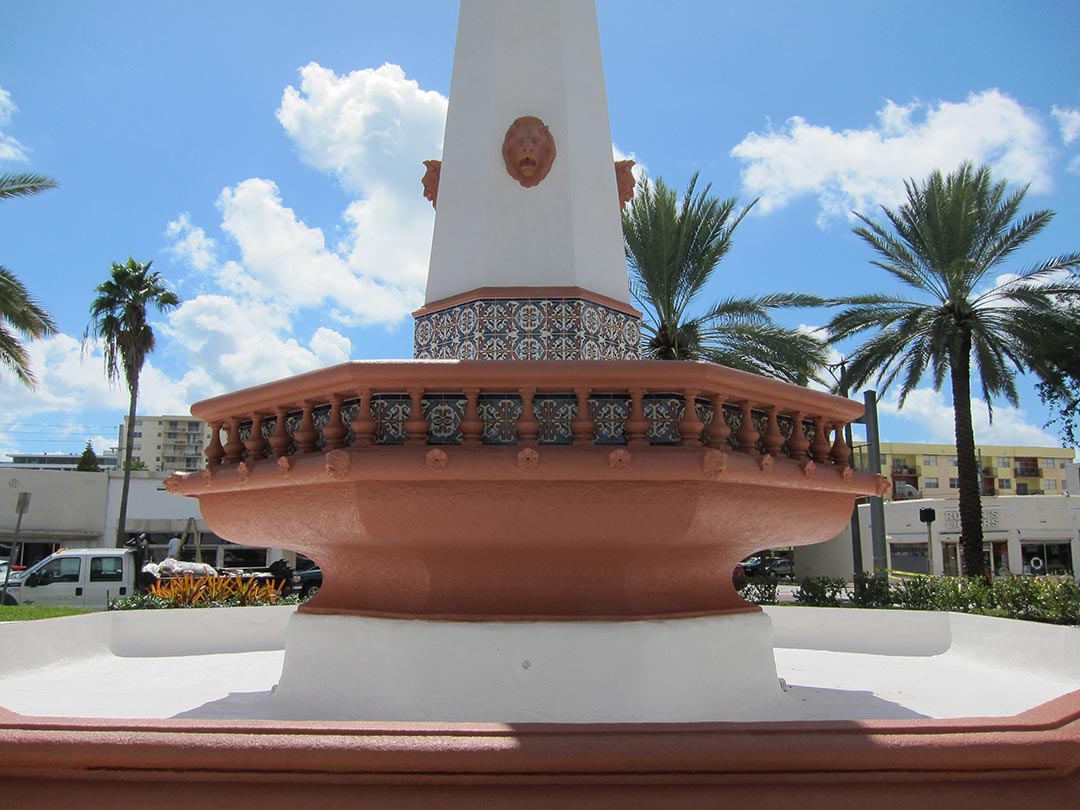 A $350,000 restoration of the Normandy Isle fountain was unveiled at a ceremony Tuesday night.

The four-month project, pushed for by the Mayor’s Blue Ribbon Panel of North Beach, had workers repairing plumbing, electricity and concrete on the two-tiered fountain, which was built in the 1920s when the Normandy Isle neighborhood was originally planned and constructed.

City officials found the fountain, which sits in Vendome Plaza, between Normandy Drive and 71st Street, may not have ever had water run through it before this restoration. Over the course of the project, workers found necessary plumbing fixtures weren’t there for the fountain to work.

Now, water flows out of mouths of lions’ heads that adorn the outside of the fountain. Lighting has been added, and missing or damaged tiles have been replaced.