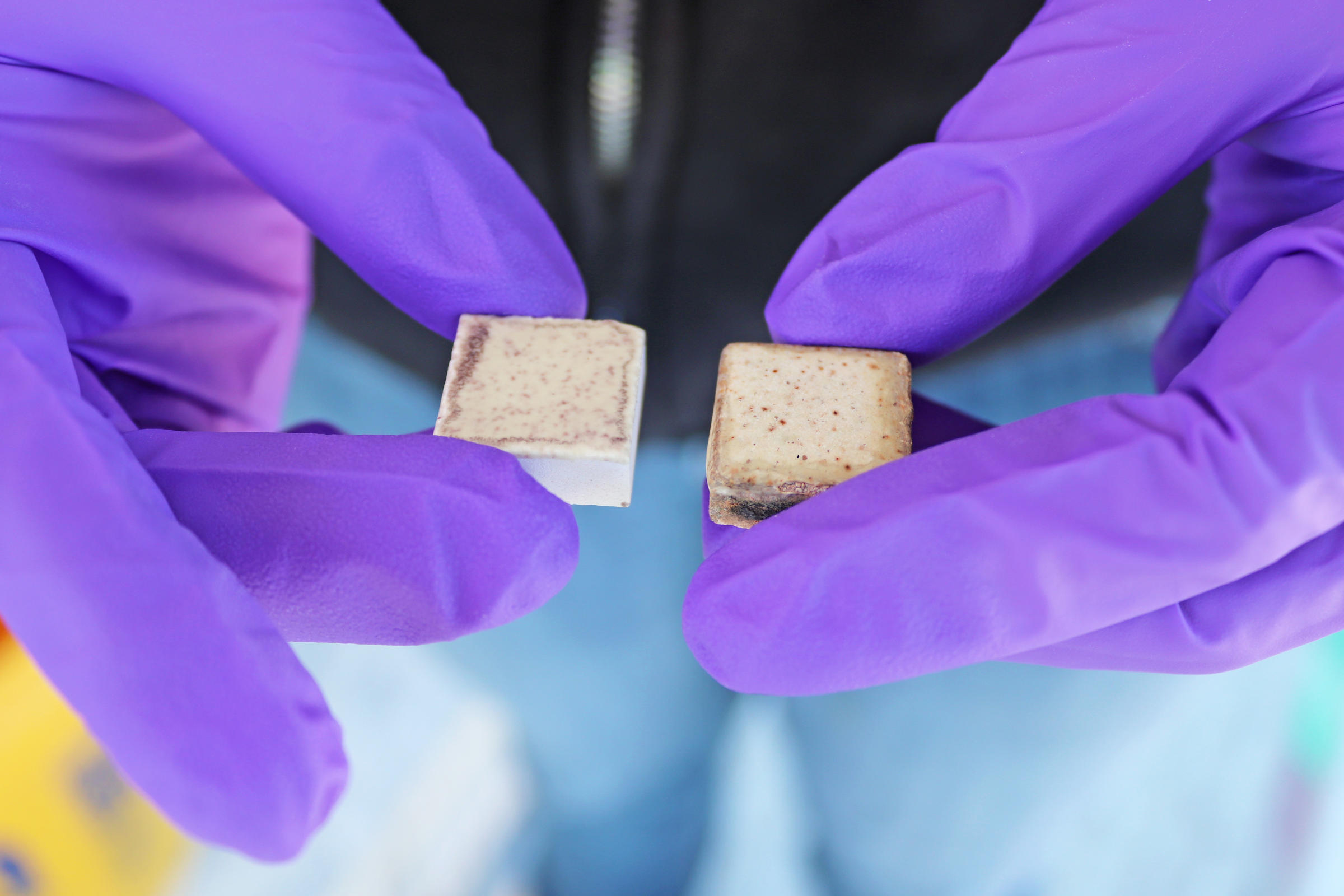 When it was built in the 1920s, the historical Fulford-By-The-Sea Fountain in the City of North Miami Beach was considered the largest monument in South Florida. It was recently unveiled anew after an extensive five-month restoration process.

The 32-foot-long structure was restored thanks to $100,000 in state funding, matched by the city through donations. RLA Conservation of Art + Architecture spearheaded the restoration.

Rosa Lowinger is the senior conservator for RLA Conservation and said the fountain is “the most significant historic monument in North Miami Beach” and a “jewel.” Lowinger spoke with Sundial’s Luis Hernandez about what conservation means in South Florida.

WLRN: Give South Florida a grade. How do we do when it comes to protecting history?

LOWINGER: If I am honest, today’s grade would be a B+, but about five years ago our grade would’ve been a C- because we’re just getting with the program [of conservation] down here. It’s taken a while for us to really understand how to preserve our history and what that means. It’s not just the idea, ‘Oh let’s preserve it.’ It requires a whole bunch of technical expertise that have to be implemented in the right way because you can say, ‘Yeah I want to preserve this. I’m going to hire the pool guy to repair it.’ But that is not the same as looking for expertise to do it. So we’re doing better here, we’re getting on board with it.

Do you get the sense that developers and [city and county] officials put enough effort in trying to protect the history before they start building?

There is a really prominent example in South Florida [that demonstrates] what the value is of preserving historic buildings — and that’s South Beach. Art Basel would not be here if some developer had not had the vision to restore South Beach in a way that preserved the historic fabric. Don’t get me wrong, it is okay to build new things and not every single building has to be restored or conserved, but the fact of the matter is we do [preserve] here. We just need to do more of it.

There have been communities that have been pretty good at this, like Coral Gables.

Coral Gables has been on board from the start. They get it. Their whole thing is ‘The City Beautiful.’

Can you think of any specific areas or sites in South Florida — from Palm Beach County all the way down to The Keys — that you think, ‘Oh my God we’ve got to protect that right now?’

The single most important thing for us to take care of here is to restore the Marine Stadium. To preserve, protect and conserve the Marine Stadium. It’s in progress but those of us who’ve been involved with that project are always a little bit anxious. Is it really going to go through? Good thing the building’s living architect is involved in the project. That building is recognized internationally as being a major monument and we’ve got to protect it.